Christmas Celebrations In Portsmouth – Join The Ship And Castle This December 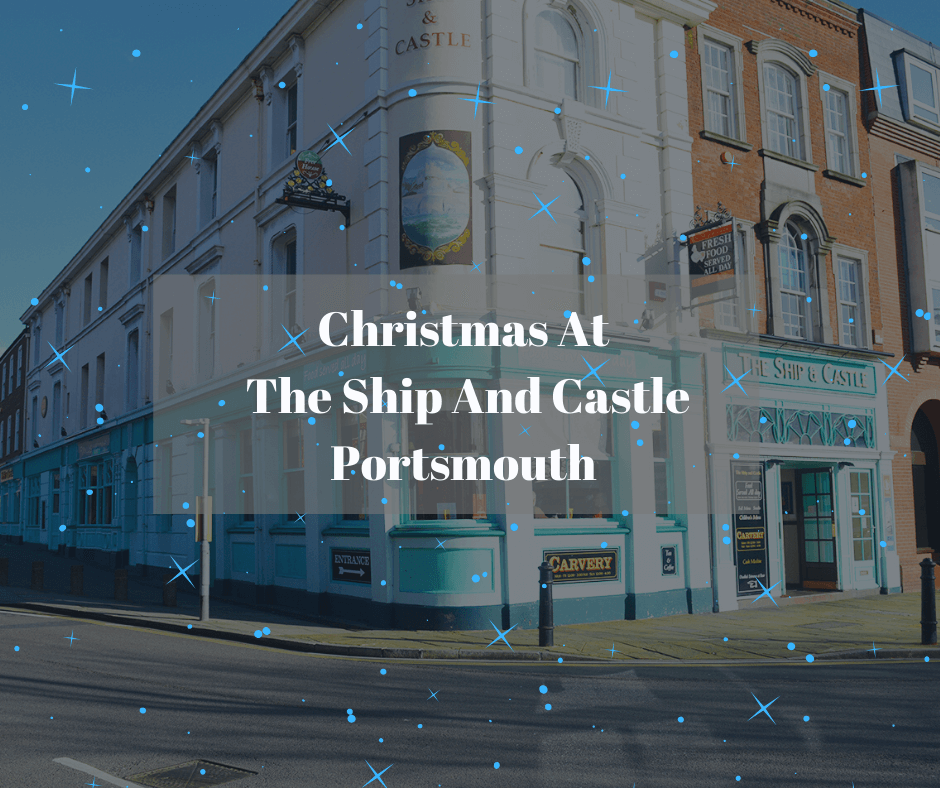 Looking for the perfect venue Christmas Celebrations In Portsmouth? The Ship And Castle have the perfect setting for all the family, work parties or even just a festive Dinner and drinks with your friends.

The Ship and Castle are now taking bookings for Christmas which is running throughout December up until the 24th December.

To book  your table at The Ship And Castle,  just drop them an email requesting a copy of the Christmas menu along with their pre order booking sheet. Christmas celebrations get booked very quickly so to avoid disappointment don’t leave it too late!

Fancy a nice cosy drink with a slice of cake look no further The Ship And Castle now have tea or coffee and cake on offer for only £3.50 all day!

Why not start the weekend early and pop into some of the Pubs Near Portsmouth Dockyard this Thursday? The Ship And Castle have their shot nights on Thursday and they are only £2 a shot ! Or looking to the weekend this pubs in the perfect location for a pre drink or 2 with your friends before heading on out into town ! be sure to bring your Student I.D to qualify for those special offers !
Saturdays are are all about their “Wine Saturdays” where you can get a bottle for just £10! So why not do a spot of shopping and pop in for a drink afterwards because they are literally right on Gunwharf Quays doorstep!

Aswell as a great selection of drinks they also have fantastic food! With the Kids back at school and you are back playing taxi from one place to another, you may not have thought about tonights dinner. So why not take the pressure off, round up the troops and head to The Ship and Castle and enjoy their 6 Day Carvery. (Excluding Mondays) Think crispy golden potatoes , fluffy Yorkshire Puddings and lashings of gravy – how could you resist!

Restaurants With Rooms For Valentines In Portsmouth – Celebrate At The Wellington!

Country Pubs In Wickham – The Roebuck Inn Kingsmead Has A New Menu !

Restaurants In Emsworth With Live Music – Enjoy At JJs !

26 Jul at 11:48 AM
Previous Post
Live Music In Southampton – The Piranha Brothers Are Live At The Frog And Frigate In December !
Next Post
HMS Spirits Team Up With Harris & James To Release Ultimate Chocolate Bar Before Christmas 2019 !