Comedy Night In Hampshire – Simon Caine 25th May At The Frog And Frigate Southampton ! 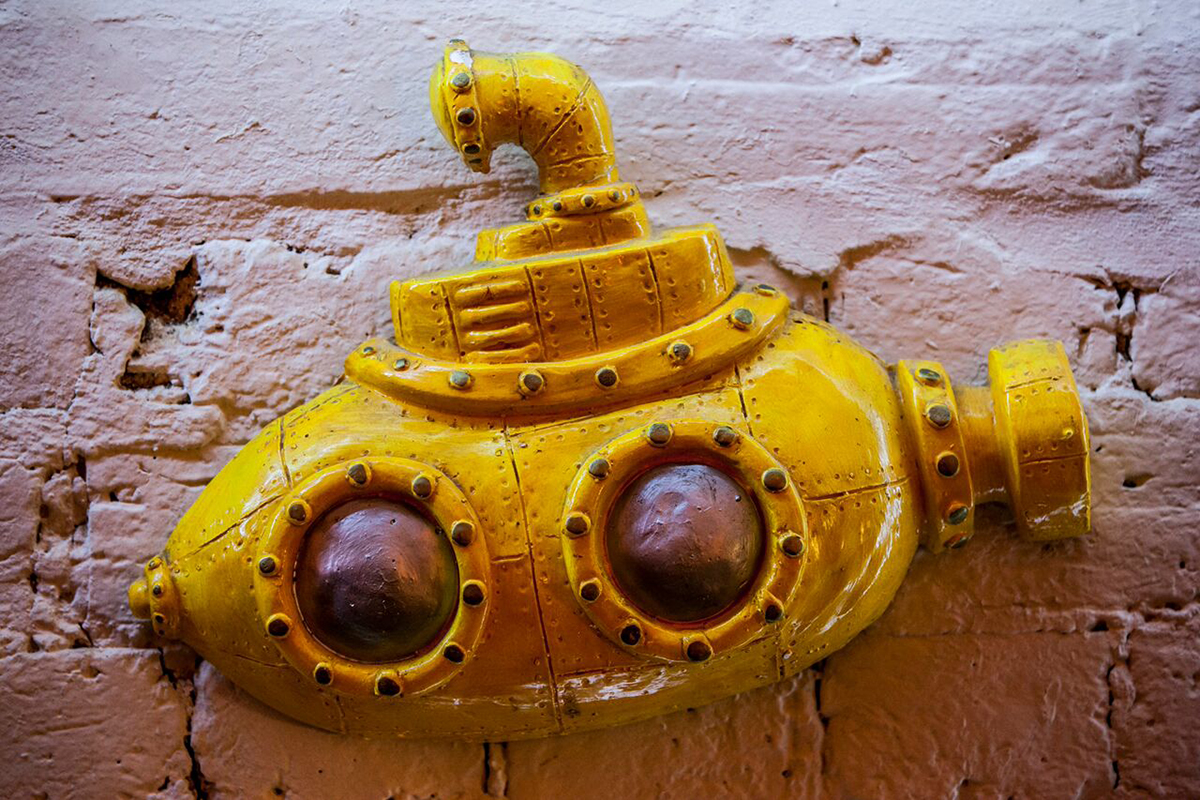 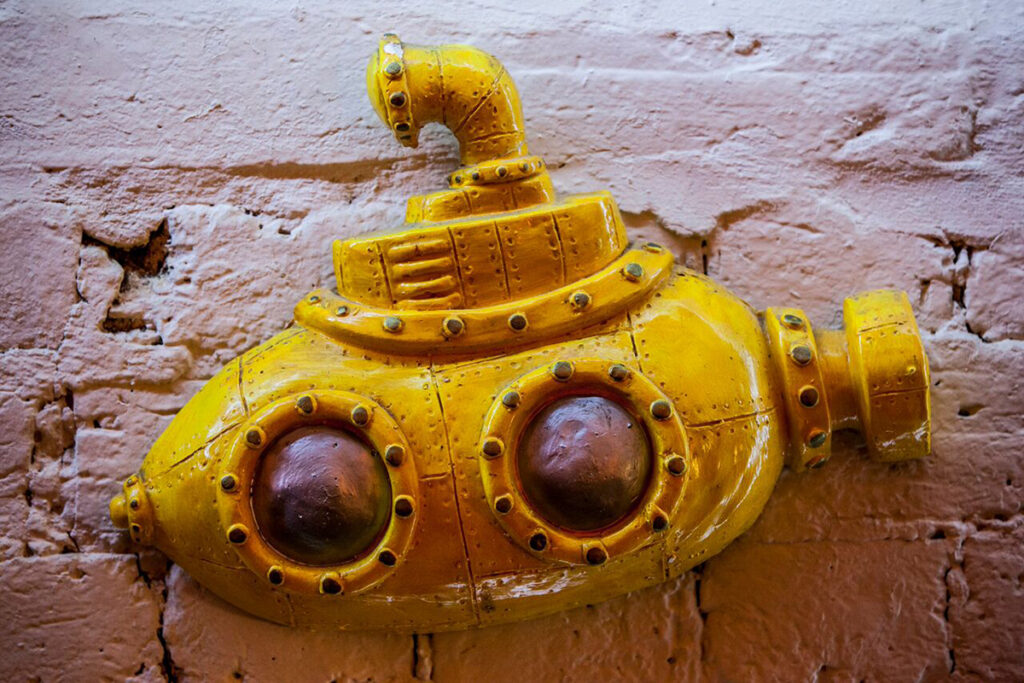 Gather the troops and get ready for a cracking comedy night in Hampshire as The Frog and Frigate Southampton play host to comedian Simon Caine.

In this latest show Simon looks at his relationship with happiness and social media and how they don’t somehow seem work together too well.

I’ve come close to winning 4 national comedy awards (semi-finalist), done over 1,200 gigs and toured the UK three times…if you like hilarious storytelling, witty one-liners and structured narrative-led comedy, this is the show for you” – Simon Caine 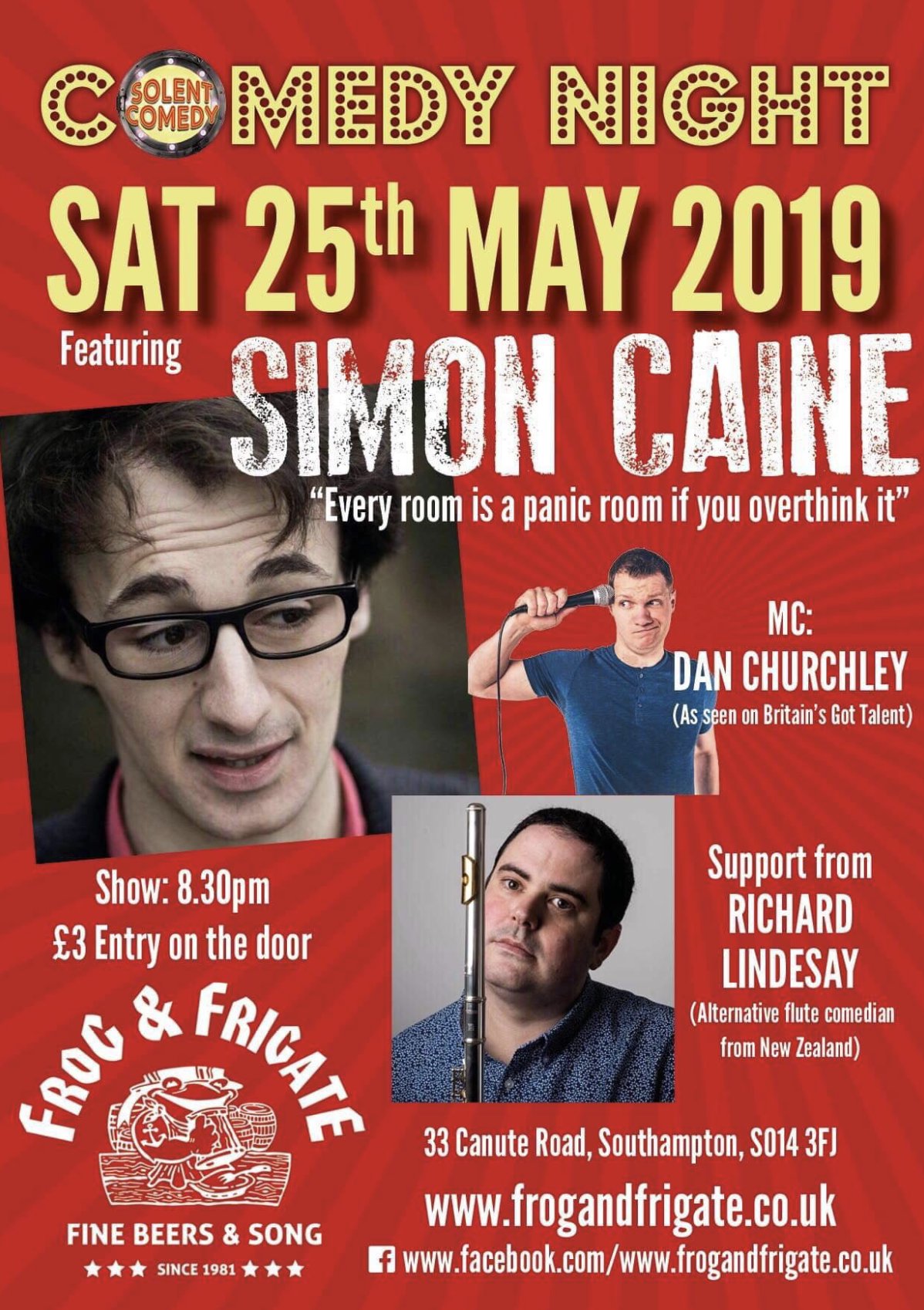 With Support from Richard Lindesay.

Your MC is Dan Churchley.

This event is followed by a night at The Frog and Frigate with dancing on tables, fine beer and song, with the legendary Derek on guitar & decks, ’til 2am.

ENTRY £3 on the door (or buy in advance via Eventbrite).

One of the most exciting and quirky bars in Southampton, the bar is fully stocked and ready to go. Without further ado, get yourselves ready for an evening of belly laughing. 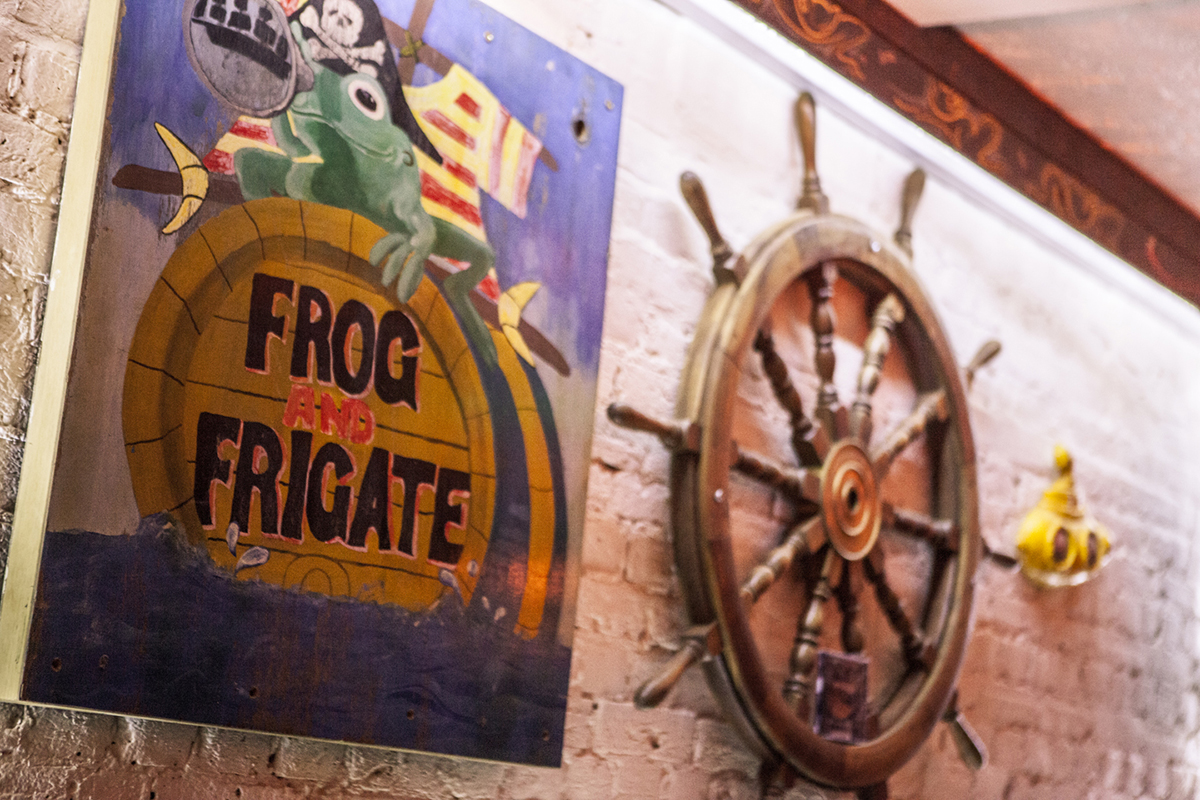 Q: What did the ocean say to the pirate? A: Nothing, it just waved. 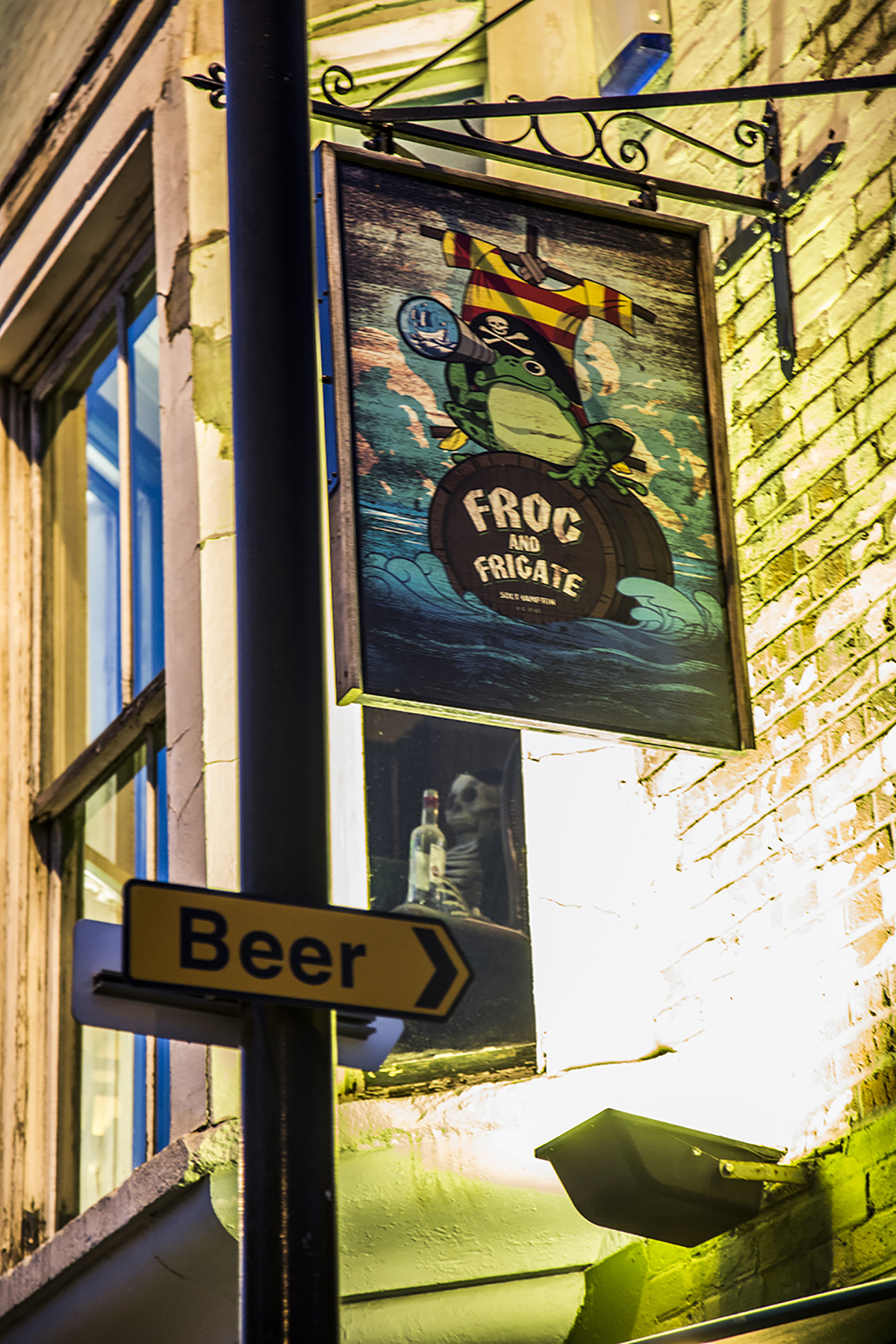 As well as this event, The Frog and Frigate Southampton has a whole host of other events to add to your calendar now:

7th June – The Underdogs On Top – Acoustic trio who can play just about anything you want!

26th July – Bobby Mair – Absolute legend on the comedy circuit for a sneaky peek at what he has in store for The Edinburgh fringe this year. 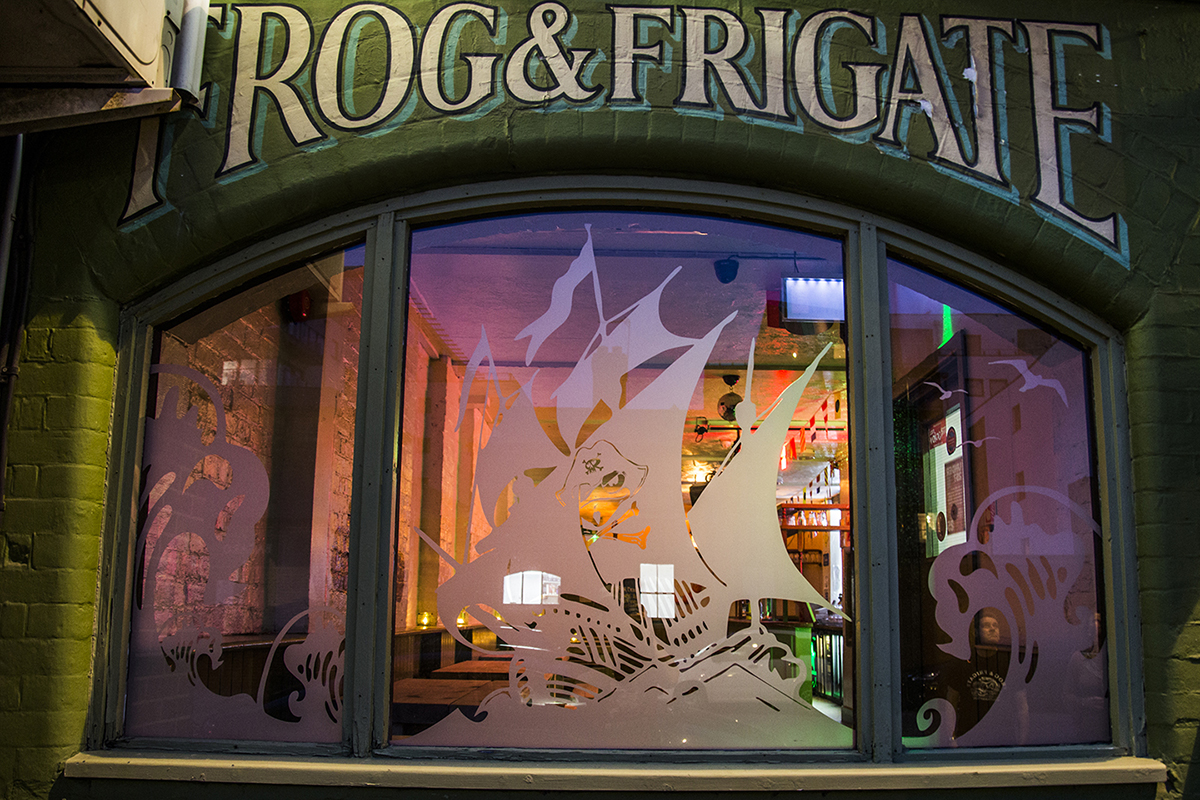 Q: How did the pirate get his Jolly Roger so cheaply?
A: He bought it on sail.

The Frog and Frigate is also on Facebook… and with nearly 5000 ‘likes’ you’ll be sure to find a fellow ‘Frogger’ or two!

To book your ticket in advance for this comedy night in Hampshire, you can find tickets on Eventbrite, or they are also available on the door.

Contact The Frog and Frigate Southampton directly by calling or emailing:

Portsmouth Pubs With Live Sport And Music – The Pelham Arms – Liven Up The Week At Your Local!

Local Pubs In Bognor – No Tricks, Just Treats At The Victoria Inn Halloween Party This Saturday!

28 Oct 2019
Previous Post
Local Pubs in Southampton – The Brass Monkey – Serving Fresh Pizzas On Wednesday To Sunday
Next Post
Things To Do In East Hampshire – An Evening With The Victory Morrismen At The Wheelwrights Arms Havant !