Newly Refurbished Pub With Investment From Hall And Woodhouse – The Cowdray Arms Balcombe ! 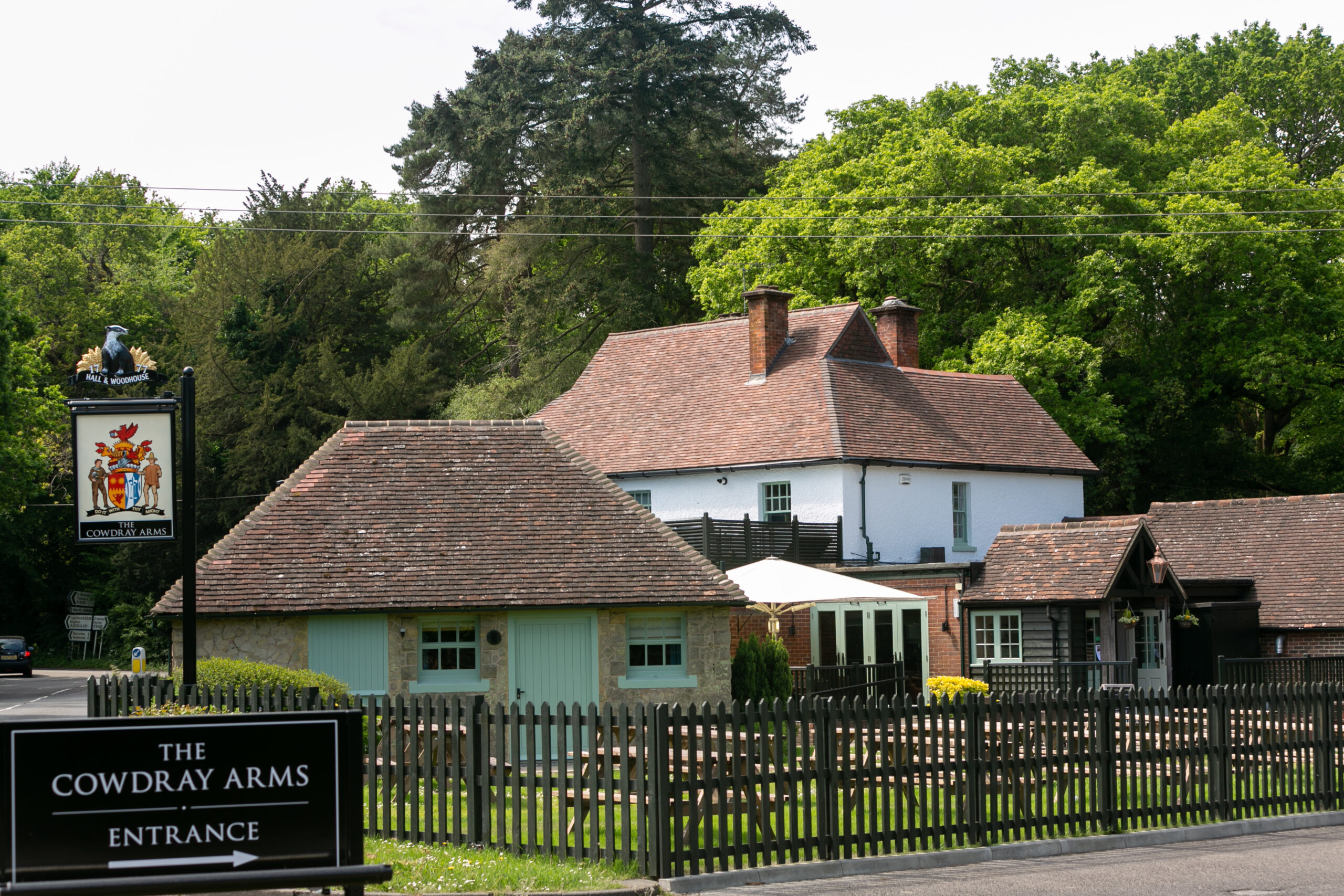 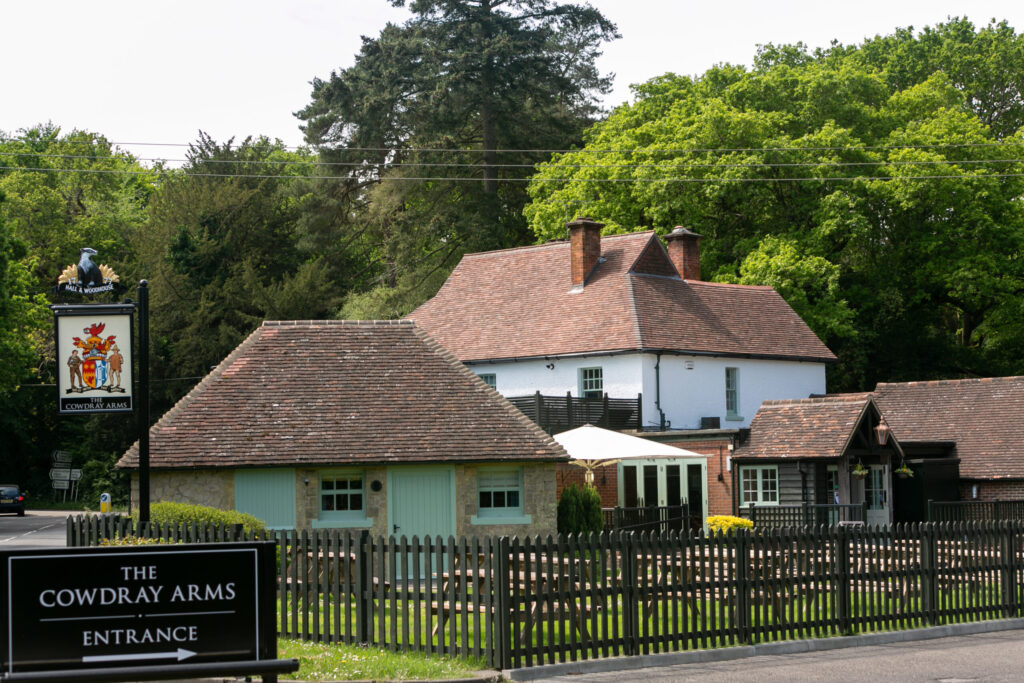 The Cowdray Arms is operated by local entrepreneur Neal Hayes and run in partnership with Hall & Woodhouse (H&W). Neal is a business partner (tenant) of H&W with another pub in Surrey and, through the brewer’s support, has brought a new lease of life to his local pub. Neal has put his creative ideas into practice and transformed the property into a unique gastropub with rooms.

As well as an external facelift, the pub has undergone a full interior refurbishment, now including a ‘gin corner’ that showcases local gins from Sussex and Surrey, to be enjoyed in the large garden. The property’s outbuildings have also been converted into three boutique bed and breakfast rooms, where guests can enjoy a basket of breakfast delivered to their door, complete with fresh pastries, fruit and local coffee.

The updated public house now offers a menu crafted by the new Michelin-starred chef, a first for the Hall & Woodhouse portfolio. Stephen Crane, previously head chef at Ockenden Manor, has developed a traditional gastro-style menu, tweaked to suit the pub and its location. The new menu puts focus on local and sustainable produce, all the meat and vegetables used are sourced from local farms and the fish comes from Newhaven Port.

Neal has worked alongside H&W for more than 10 years, having worked in the pub and hospitality industry for 20 years. Before becoming a business partner, Neal worked for a holding company and ran Hall & Woodhouse pubs for many years before taking on his own.

Neal Hayes, Business Partner at Hall & Woodhouse, said: “Already the feedback we have received from the community since the re-opening of the pub has been fantastic. Our locals are particularly loving the ‘gin corner’ which has filled the gap in our local offering, by providing the community with good-quality gins that they can enjoy in the garden on a sunny day. 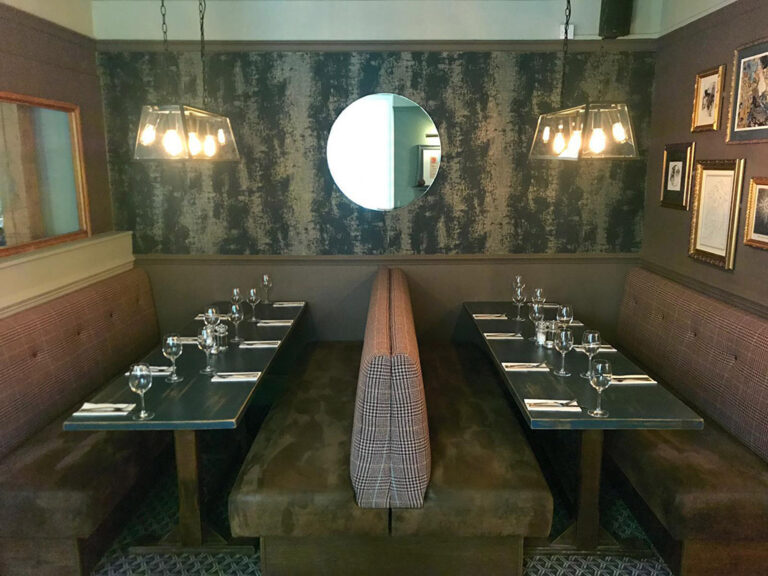 “I am really grateful to Hall & Woodhouse for their ongoing support, which has allowed me to turn my ideas into a reality. The rooms we have built are stunning and such a brilliant addition to the premises. Living just down the road, I wanted to create something that the community I live in would be proud of, and with Hall & Woodhouse’s help, I have been able to do just that.”

Once The Cowdray Arms Balcombe was refurbished it was opened to the public in April and the rooms opened on the second weekend of June, which are available to book now.

H&W is an independent family company that brews award-winning Badger ales and runs a collection of 180 beautiful pubs and inns across the south of England. H&W is a values-led business where its team are at the heart of everything it aspires to.

Hall & Woodhouse is an independent Dorset family company that brews award winning Badger Beers and runs an estate of high-quality pubs in the south of England.

The company was founded in 1777 by Charles Hall, a Dorset farmer, who opened a Brewery in the village of Ansty. More than 60 years on, his son Robert (who inherited the brewery) brought Edward Woodhouse into the business as his commercial partner. Edward fell in love with, and married, Charles Hall’s grand-daughter – Hannah Dodge.  Hall & Woodhouse was born.

Family owned with Mark Woodhouse and Anthony Woodhouse as the current seventh generation stewards, the business is proud to be a leading independent regional brewer, with an established estate of 180 beautiful pubs across the south of England.

Hall & Woodhouse is a values-led business where its team are at the heart of everything it aspires to.

Pubs In Southampton – Hop Into The Frog And Frigate For Frogtastic Happy Hours Friday & Saturday!