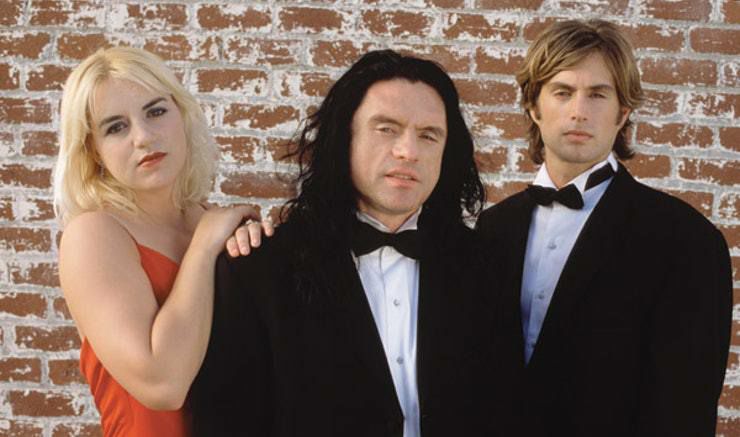 Looking for great Portsmouth restaurants to enjoy next week or indeed this weekend ? Our friends at Wave Maiden Southsea have lots going on , including the return of their famous Monday evening movie night !

Wave Maiden Southsea Free Film Screening is first come first seated from 7pm
Our Legendary Film Quiz will follow the film on the main floor and tables should be booked in advance to avoid disappointment. The quiz is £4 per team. Prizes to be won!

ABOUT THE FILM:
The Room is a 2003 American drama film written, directed, produced by and starring Tommy Wiseau, and co-starring Greg Sestero and Juliette Danielle. The film centers on a melodramatic love triangle between amiable banker Johnny (Wiseau), his deceptive fiancée Lisa (Danielle) and his conflicted best friend Mark (Sestero). A significant portion of the film is dedicated to a series of unrelated subplots, most of which involve at least one supporting character and are left unresolved due to the film’s inconsistent narrative structure. According to Wiseau, the title alludes to the potential of a room to be the site of both good and bad events;[4] the stage play from which the screenplay is derived takes place in a single room.[5]

A number of publications have labeled The Room one of the worst films ever made. Ross Morin, an assistant professor of film studies at Connecticut College, described The Room as “the Citizen Kane of bad movies”.[3] Originally shown only in a limited number of California theaters, The Room quickly became a cult film due to its bizarre and unconventional storytelling, technical and narrative flaws, and Wiseau’s off-kilter performance. Although Wiseau has retrospectively described the film as a black comedy, audiences have generally viewed it as a poorly-made drama, an opinion shared by some of the cast.

The Disaster Artist, Sestero’s memoir of the making of The Room, was co-written with Tom Bissell and published in 2013. A film of the same name based on the book, directed by and starring James Franco, was released on December 1, 2017; both the book and film received widespread acclaim and numerous award nominations. The Room also inspired an unofficial video game adaptation, The Room Tribute, released on Newgrounds in 2010.

Sunday Lunch In Haslemere – Harpers Steakhouse at The Station House

Pubs For Sunday Lunch In Liss – Dine At The Hawkley Inn This Weekend!