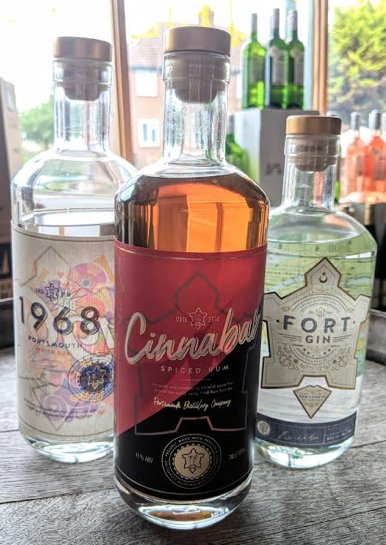 We have partnered with some fantastic Hampshire Drink Suppliers with Portal, Dingwall & Norris supplying the trade and the public alike with great sort after and rare wines spirits and beers from Scotland to South Africa and all in-between.

Fort Gin is handcrafted in small batches at Fort Cumberland, including botanicals from around the fort like elderflower, gorse flowers and sea radish. It also contains juniper (of course), lime, sweet orange, red peppercorns and szechuan pepper.

Cinnabar rum is beautifully light and dry with hints of cinnamon, cloves and orange peel (amongst other things. Named after the Cinnabar moth that lives at the distillery)

Who are PDN Wines

Best Country Pubs In Berkshire – The Bunk Inn Has Beautiful Views To Match The Beautiful Food And Drink!